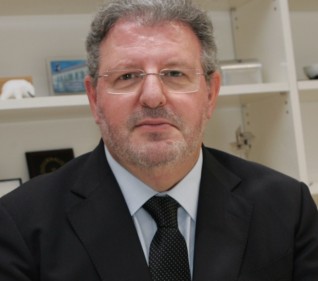 By the end of March, Azores becomes again the centre of the world when it receives almost 70 competitors from all over the world to compete at the 52nd edition of the Azores Rallye, the now called Azores Airlines Rallye.

It is an honour for the Organizing Committee of Azores Airlines Rallye but mostly for the almost one thousand collaborators team to receive in the Azores, the opening round of the 2017 FIA European Rally Championship. It’s an enormous responsibility but everyone’s excited for having once again an outstanding entry list full of names that are currently the best rally drivers in Europe and that everyone’s expecting for them to be the best in the world, in a very near future. This year’s entry list counts with 28 R5 top cars and drivers from 15 different countries, including 2016’s top contenders not only for the result on our event but also for the championship, which creates enormous expectation on the result.

The Azorean Government, Azores Airlines and all our partners have a huge responsibility on the growing success of the Azores Airlines Rallye: year after year everyone have joint forces to promote the Azores to the world as an affordable and profitable destination, either for tourism, where nature and culture can join themselves offering an exclusive combination, but also as an economical or business destination, where the Azores are open to all kind of investments. We have fulfilled everybody’s expectations by organizing and promoting an event that brings an economic income return fourteen times higher than the investment made, yearly.

So, with the mission of promoting Azores throughout the world in mind, not only trough Eurosport TV channels, but also through our airline company, Azores Airlines, that connects the Azores to the world, but also with the recognition for every collaborators contribution for the success of this event, it is our wish that this year’s edition of Azores Airlines Rallye may again be an enormous success and by the end of Saturday, everyone can keep memories of an unforgettable edition of the Azores Airlines Rallye.

Finally and as always: Let’s succeed again to honour the Azores!