Vasco Cordeiro President of the Autonomous Region of the Azores 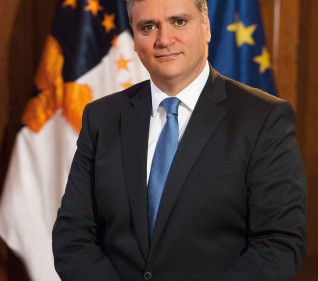 This year, the Azores Airlines Rallye will have the honour of opening this competition. The event is, on its own merit, one of the privileged means for the external promotion of our archipelago, namely in the European markets that are of particular interest to the tourism sector of the entire Autonomous Region of the Azores.

A goal that is achieved directly, through all those who, on these days, will travel to the Azores to participate and watch the competition. It will also be achieved indirectly, through the millions of viewers who, while watching the images broadcast in several countries, will be surprised by the hospitality and beauty we have to offer to those who visit us.

Therefore, this is the premise that underpins the partnership between the Region and Grupo Desportivo Comercial. It has proved fruitful as a promotional tool for a Region that wants to strengthen the positive trend that tourism has registered over the last years.

I am sure that the 53rd edition will be, once again, an organisational and sporting success. Thus, I would like to wish a great Azores Airlines Rallye to everyone, from the hundreds of people involved in its organisation and the teams in competition to the thousands of spectators who will crowd the roads of São Miguel Island.

To all those who visit us, you are most welcome to the Azores!