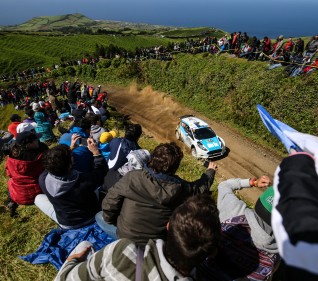 Rally di Roma Capitale will join the FIA European Rally Championship in 2017, one of eight events so far included on the provisional schedule for next season, which remains subject to final approval.

Inclusion of the all-asphalt event, which features a stage that passes the world-famous Colosseum, marks the ERC’s return to Italy for the first time since 2013 when Rallye Sanremo was part of the championship.

Eurosport Events, the ERC promoter, will consider adding a maximum of two more events to the calendar ahead of its submission to the FIA World Motor Sport Council for ratification when it meets in Vienna on 30 November. Drivers will count their best six scores.

Jean-Baptiste Ley, the ERC Co-ordinator, said: “We’re very pleased to be joining forces with Motorsport Italia, which launched Rally di Roma Capitale three years ago and has managed its rise as a top Italian championship event. We’re also delighted to be continuing our long-term agreements with some of Europe’s best rallies on asphalt and gravel. There will be a maximum of 10 rallies and we’re considering adding at least one more event, in central Europe, to the current provisional schedule. Teams will continue to receive strong logistical support for the island rallies as we continue our efforts to keep a control on costs.”