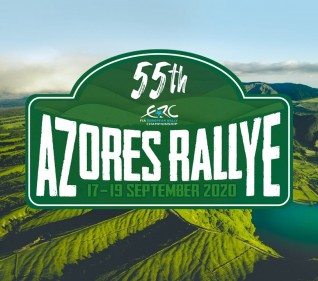 In 2020, the Azores Rallye faces one of the biggest challenges that was demanded throughout its 55 editions: to take place without the presence of an audience.

The global pandemic caused by the new coronavirus SARS-CoV-2 and the measures enacted by the Regional Health Authority forced that in 2020, the most important Azorean motorsport event and one of the most important in the international rally scene, to be carried out without the presence of spectators, thus guaranteeing the safeguarding of public health and that of all the elements involved in the event, proving that Grupo Desportivo Comercial is fully in tune with the Regional Health Authority, despite the misinterpretation conveyed yesterday by its Chairman of the Board, in declarations to RTP-Azores’ TV evening-news.

The Grupo Desportivo Comercial ensured, however, a set of media for television, radio and internet that will allow to keep informed all those who wish to follow step by step, without losing a bit, away from danger but close to emotion, almost as if there were, although installed in the comfort of your sofa or in the workplace, the event with the highest projection of the Azores in the world.

The television broadcasts carried out by RTP-Açores and Eurosport of almost all the specials and the podium ceremony, the radio coverage of RDP Antena 1 Açores and ERC Radio, which bring the words of the protagonists directly from the road, as well as the Azores Rallye and FIA ERC websites and their profiles on social networks, with online and real-time times, as well as lives of the main events of the event, namely the assistance park, will be the new way to attend the 55th edition of the Azores Rallye.

To this end, the race organizing committee will carry out an awareness campaign for the means that will be made available to accompany the eternally designated ‘Volta à Ilha’.

The organizing committee of the Azores Rallye thanks in advance for the collaboration of all so that it can be guided as a proof of excellence also in terms of health, namely calling for the fulfilment of all instructions and recommendations of the authorities, as is the prerogative of the people of the Azores, in a way ensure that it runs without the need for partial or total cancellation.

More information can be found soon at www.azoresrallye.com or on the profiles on the social networks Facebook and Twitter of the biggest Azorean sports event.