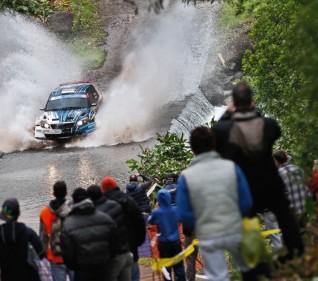 Azores Airlines Rallye Organizing Committee is proud to announce that this year’s edition of the Azorean round of the FIA European Rally Championship will be very near of all of those that can’t visit the Azores to follow, on place, all the thrill and action of the opening event of the major European rally competition season.

Due to a partnership celebrated with the Azorean bureau of the Portuguese public tv channel, RTP Rádio e Televisão de Portugal (RTP Açores), Azores Airlines Rallye top moments will be broadcasted live mainly through the event’s Youtube channel available at https://www.youtube.com/azoresrallyelive or accessing the event’s website at https://www.azoresrallye.com/rally-17/live-rallye/?r=1

From March, 29th until April, 1st, all Azores Airlines Rallye action around the Service Park, located at Portas do Mar, Ponta Delgada, including the competitor’s arriving at the regroups will also be broadcasted live and daily from 09:00 to 23:00. All times indicated are GMT -1,00.

For Francisco Coelho, the Azores Airlines Rallye Organizing Committee Chairman, this cooperation agreement settled with RTP Açores “is very important and allows rally fans that are unable to visit the Azores and São Miguel island by the end of March, to follow the FIA ERC season’s opening event action as well as to get acquainted with the Azores. It is a good way for rally fans all over the world to get curious around the magic of these islands and an invitation for a very near future visit”.