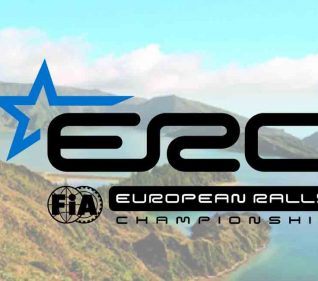 The FIA European Rally Championship has undergone many changes for 2022. The European Rally Championship, previously promoted by Eurosport, is now under the sphere of influence of the WRC Promoter and, as such, its rules and settings are now much closer to those in force in the main championship. The calendar once again comprises eight events. The opening of the season took place last weekend with the Rali Serras de Fafe, Felgueiras, Cabreira and Boticas, and it continues from 25 to 27 March with the Azores Rallye. The season also includes trips to the Canary Islands, from 12 to 14 May, Poland, 10 to 12 June, Liepaja, 1 to 3 July, Roma Capitale, 22 to 24 July, Barum Czech Zlin, 26 to 28 August, and yet another race to be announced.
One of this year’s great novelties is the inclusion of a Power Stage, which is always the last stage on the programme and awards bonus points to the top five, and also the live broadcasting of all the timed sections, through the WRC+ platform. This mediatisation sometimes forces some changes in the structure of the events as two special stages can never be running simultaneously for the first competitors on the road. This need has led, for example, to the road sections in the 56th edition of the Azores Rallye being longer and the programme being spread out over a longer period of time. Rallies must have between 180 and 210 km of stages and cannot last more than four days between the start of the reconnaissance and the publication of the provisional final classification.
The championship is now divided into new competitions. Besides the absolute ERC, there is now the ERC Open, open to competitors with Rally2 Kit, RGT and the former N4 cars, ERC3 for drivers at the wheel of Rally3 cars, ERC4, for those with Rally4 and Rally5 cars, and also ERC4 Junior, aimed only at drivers, and not navigators, who fit into ERC4 and were up to 27 years old on January 1st. Although there was an intention to change the scoring system, this will again reward the top 15 classified but there will no longer be bonus points per leg.