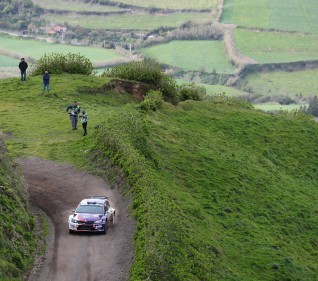 The FIA European Rally Championship will continue to feature eight events next season after the switch to a smaller schedule in response to feedback from teams proved a success when trialled in 2017.

Ratified at a meeting of the FIA World Motor Sport Council in Paris today (6 December) the calendar runs from March to October to ensure a regular flow of rallies.

ERC season 66 begins with the Azores Airlines Rallye on the Portuguese mid-Atlantic Ocean archipelago from 22-24 March and concludes on Latvia’s Baltic coast from 12-14 October for Rally Liepāja, where five coveted FIA titles were decided this year.

Rally Poland returns to the ERC roster for the first time since triple European champion Kajetan Kajetanowicz won his home event in 2013, while there’s a July date for Rally di Roma Capitale, which brought Italy back to the ERC fold last September.

The gravel-based Rally Poland takes over from the all-asphalt Rally Rzeszow as the Polish ASN’s European championship counter for the season ahead when it celebrates its 75th edition.

Structured once again in response to calls from drivers and teams who were keen to cap their number of competitive outings at between six and eight events, the ERC calendar includes three rallies on asphalt and five on gravel (three on each surface for ERC Junior Under 27 and ERC Junior Under 28). There are no clashes between the ERC and world championship schedules.

ERC Co-ordinator Jean-Baptiste Ley said: “We’re very pleased to announce the FIA European Rally Championship calendar for the 2018 season when we will continue to run eight events in response to feedback from our drivers and teams. It says a great deal about the popularity and success of the ERC, in particular the restructured ERC Junior Championship and European Rally Championship for Teams, that we will continue to work with the same national federations as we did in 2017 and we look forward to strengthening those ties and making improvements wherever possible for our mutual benefit.”

Promoted by Eurosport Events under a 10-year agreement with motorsport’s world governing body and run first in 1953, the FIA European Rally Championship is the ultimate training ground for young hopefuls aiming for the top. Providing a clear path of progression from national level to the world stage, the oldest international rally series in existence is also open to all-comers, meaning age is no barrier to competing.

Based on the mid-Atlantic archipelago’s largest island of São Miguel, the rally celebrated its half-century in 2015 and remains one of the most spectacular events on the international calendar. Stages criss-cross breath-taking scenery and lush countryside and are characterized by their sandy surface and narrow and undulating nature. And because the timed tests are often no wider than the width of a car, there is simply no margin for error, particularly on the Sete Cidades test along the rim of a volcanic crater lake. Changeable weather is also a factor with conditions switching from sunshine to showers and fog patches.