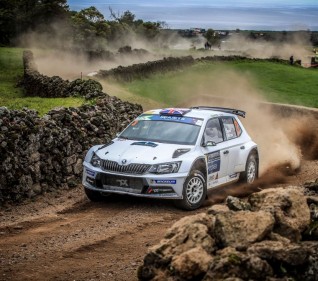 With a shorten program due to the FIA imposed changes imposed on the ERC events requesting promoters to reduce on one day its duration, Azores Rallye knows a different version this year as the special stages usually tackled on Saturday, will move to Friday.

So you may follow all ERC and Azores Rally action as competitors drive through the worldwide known Graminhais and Tronqueira, on a leg that used to decide the rally on previous years. For Saturday, the amazing Sete Cidades will serve as backdrop for an astonishing rally end, which all hope to be decided on the last kilometre.

But novelties do not end here. Former Wednesday night City Show demonstration stage will now be held on Thursday and will count for overall classification, named now as PDL Stage and Super Special Stage Grupo Marques, that one of a kind scenario backdropped super special stage tackled inside a quarry, will now count with a unique round.

Special stages such as Vila Franca/São Brás, Feteiras (2018 version) and Coroa da Mata will take part of this year’s event itinerary as the service park will remain located at Portas do Mar, right in the heart of Ponta Delgada, as well as the event’s headquarter.

Entry period will start next February 7, along with the publication of the event’s Supplementary Regulation, so all competitors must visit the FIA website or Azores Rallye website in order to register on this amazing round of the FIA ERC.

Further novelties will come shortly, so keep following us on this website or through our social media.