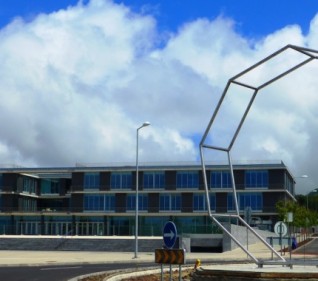 It is our pleasure to announce that the opening stage of the 52nd Azores Airlines Rallye, the new Lagoa Stage, will also be broadcasted live on the event’s Youtube channel available at www.youtube.com/azoresrallyelive. This was only possible due to very important support of Lagoa City Hall and its Mayor, Cristina Calisto Decq Mota, and from NONAGON, allowing fans another great chance of being near the rally, if they’re unable to be present at São Miguel Island by the end of March.

The stage held at São Miguel’s Science and Technology Park compound, at Lagoa city, was first used for rallying last year, on July, on an Azorean Rally Championship event with the promise of taking part of this year’s Azores Airlines Rallye itinerary.

The stage will be able to offer competitors the possibility of running on a mixed gravel/tarmac stage, kind of an appetizer for what drivers and cars may expect of three long days of an exciting event.

Lagoa Stage will be held Thursday, March 30, by 15:21 (local time, +01:00 GMT) and counts with an extension of 2,14 km and it will be the opening special stage of the 52nd edition of the Azores Rally, the Azores Airlines Rallye of 2017, counting towards for the FIA European Rally Championship, the Portuguese and Azorean Rally Championship.