LOOKING FORWARD TO THE RALLY 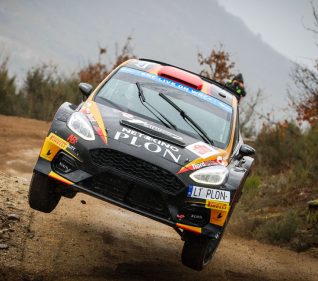 Ken Torn makes his debut in the Azores Rallye driving a Ford Fiesta R5 Mk II. The driver recalls that “this will be the first time I enter this event. I think it will be a very hard rally for us. I’ve only seen videos of the race and, from what I’ve seen, I’ve already realized that the nature is amazing and that stages sections are very beautiful. I have also seen that the weather conditions can change very quickly, which I am sure will be an added difficulty. As such, I’m very much looking forward to my first few kilometres in São Miguel.”
Only 28 years old, the Estonian took his first steps in rallying in 2008 with a Mitsubishi Colt and remained at the wheel of that vehicle until 2013. In 2014 and 2015 he switched to a Honda Civic Type-R and immediately stood out in his class. In the two following years he entered into a partnership with Ford and drove Fiesta R2 and Fiesta R2T. In 2018 he began his international career and took his first class victory in the WRC. Since then, he has been junior champion in the ERC in both 2020 and 2021.