Memories: When Juha Kankkunen won in the Azores 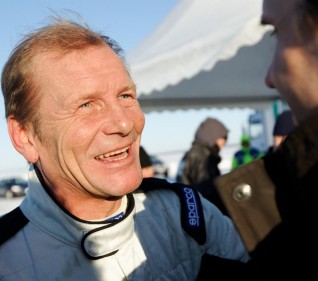 There have been some truly great winners in the history of the SATA Rallye Acores, which celebrates its 50th anniversary this year. But they don’t come much greater than four-time World Rally Champion Juha Kankkunen, who triumphed on the rally in 2001 driving a Subaru Impreza WRC. Juha has many records to his name, as well as winning SATA Rally Acores. He is the only driver to have won his titles with different manufacturers, and is also a land speed record holder – on ice.

Juha, how much do you remember about the SATA Rallye Acores?

JK: “Actually, I remember it very well. It was in 2001 and we didn’t do so many rallies that year because I had stopped with Subaru on the world championship and it was before I started with Hyundai. We had the chance to come to the Azores and I was very happy for that. I remember some beautiful stages and a fantastic rally. In fact, after the rally I stayed for a bit and went round the island by bike for a little holiday. It’s not often I do that after a rally: normally I am in a hurry to get home. But this time I decided to stay.”

Was it a tough event back then?

JK: “Yes, it was very tricky and technical. I remember the stages being very narrow: you had to be so neat and precise, also with the pace notes. We had a good battle with Thomas Radstrom that was very close but then on the final day he had a problem with I think his alternator so he had to stop. In any case we led from the start so I was very happy to win and we did a good rally. But it was nice that we had to fight hard for the win.”

What was your favourite stage?

JK: “I liked them all but there was the stage next to a big lake that I remember very well. It was really spectacular, but you had to stay concentrated so there was not so much chance to look at the scenery on the rally, only on the recce. I am sure that they still use this stage now, as the island is not so big: I cannot imagine that there are many different stages that they can use.”

How big a challenge was the Azorean weather?

JK: “This was something that was really incredible. I was trying to work out if the fog was mostly mist from the sea or cloud from the mountains, but in any case the fog was a big challenge, especially in the mornings. But then, just a few minutes later, you came out into brilliant sunshine. You had to be prepared for everything. The rally was two days and it was like this all the time.”

And how was your car on the event?

JK: “We had the Subaru Impreza WRC, not the latest one at the time, so I was really used to driving it and we had no problems. The Subaru was one of my favourite cars because it was so easy to drive, everything was very neutral, and definitely this was a big help on the narrow stages in the Azores.”

What advice would you give to the drivers starting the rally?

JK: “Most of all just to enjoy it. These are fantastic stages and it’s always a big pleasure to be driving a rally car. And like always, you have to remember that to finish first, first you have to finish.”