“PUBLIC HEALTH, ABOVE ALL” 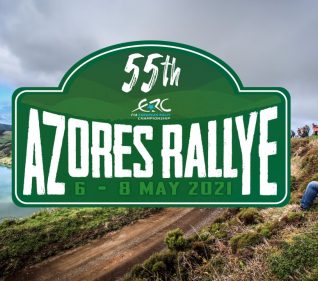 Following the request made by the Regional Health Authority of the Government of the Azores to the Grupo Desportivo Comercial, the 55th Azores Rallye will be postponed.

At the origin of the request is the increase in the number of new positive cases of contamination by the new English variant of the SARS-Cov-2 virus, which has known a significant increase in the last few days in the Azores, specifically on the island of São Miguel, and which originated the implementation of new measures, resulting from the last Government Council, held this Wednesday, April 14th.

Grupo Desportivo Comercial, interested as it has always been in the public health condition, accepted the request and immediately initiated the procedure to fix a new date for the 55th Azores Rallye realization near the intervening parties, namely with the FIA ​​Fedération Internationale de l’Automobile, the world sports authority, with Eurosport Events, promoter of the FIA European Rally Championship and with the FPAK, the Portuguese Motorsport and Karting Federation.

The organizing team of the 55th Azores Rallye maintains its state of readiness to realize the event that counts for the FIA ​​ERC and Azores Rally Championship, in a year in which it was necessary to innovate to ensure a safe event for everyone. Grupo Desportivo Comercial and the Government of the Azores remain committed to ensure that the 55th Azores Rallye will take place in 2021, following the efforts already made to carry out the largest event that promotes the Azores in the world.