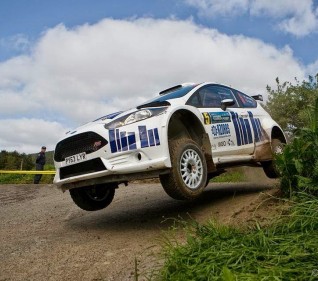 Along with Sancho Eiró, his co-driver since the beginning of his career, the 2011 to 2013 Portuguese Rally Championship overall winner just wasn’t lucky at this year’s edition of the FIA ERC SATA Rallye Açores. Backing then, Moura was forced to withdraw after hitting a rock with his M-Sport Ford Fiesta R5 at the Batalha-Golfe 1 special stage, held at Friday morning.

Note that, as same as the year before, Moura was debuting his new car and was keeping the momentum by duelling with main FIA ERC stars for the main overall podium places at the Azorean round of the FIA European Rally Championship.

Despite that, Moura is currently the most successful Azorean rally driver presenting the best and most complete sports curriculum among his peers.